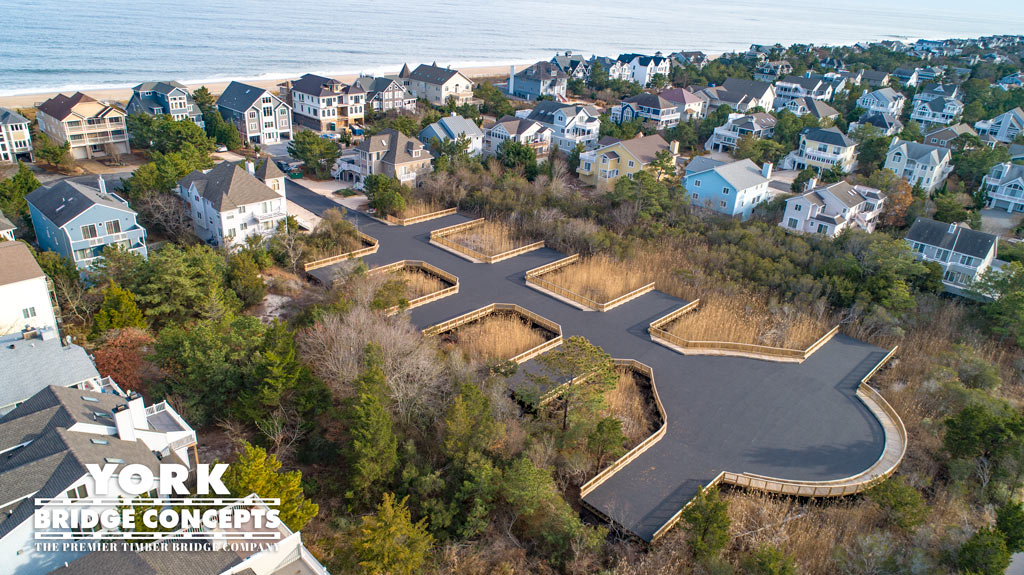 "When I worked for the U.S. Army Corps of Engineers in 1987, my office mate, Bill Lang had this project. There were 8 super valuable lots next to the ocean and the proposed roadway area was considered wetlands. The developer hired consultants who were nationally recognized and had written the wetland regulations in Corps Headquarters and were now in the private sector. They spent many tens of thousands of dollars and never got the permit they needed to build the road.

At the time, several innovative developers across the country were taking advantage of the Corps policy that they did not regulate the placement of pilings in wetlands, only fill material. In response, the Corps of Engineers issued a Regulatory Guidance Letter that stated, if the pilings have the same effect as fill, they were regulated under Corps rules.

When I was hired to look at the Breakwater Beach project, around 2006, I advised the client that we should attempt to build the road and driveway on pilings in order to avoid Corps jurisdiction. We would need to prove that the method would not have the same effect as fill. After about 10 years and lots of data and studies, we were able to convince the Corps that this was truly a piling project and there would not be the same effect as fill. York Bridge was instrumental in supplying information and specifications in order to assist with the approval process.

During that time, we also had to convince the State Transportation Department and Environmental Department that this was viable.

It only took Watershed Eco 12 years to gain the approvals and the developer over 30 years to gain access to these 8 lots. During that time, the lots have gained tremendous value and the York Bridge Roadway and driveways look amazing."